The Deconstruction of David Roberts

Hashtag Follow Friday (on Saturday): Don’t Take My Word For It 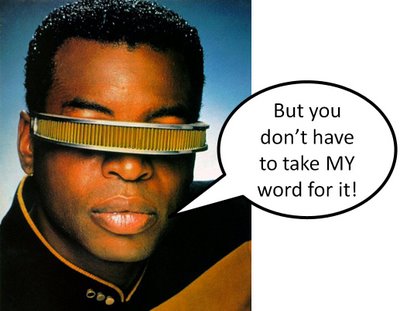 It seems people like to read about the topic of LGBTQ inclusion in the Church. My page views have sky-rocketed since I started looking at this particular issue.

Not that my page views have gone up, although I do appreciate it.

But rather it’s good that this is a topic that people are eager to read about.

You don’t have to agree with my conclusions on this issue to agree that it’s important for Christians to know what they believe and why (and not just on the matter of LGBTQ affirmation).

I obviously want people to think the way I do on this subject. I think the Church is failing to include and affirm the LGBTQ community based on false pretenses. And the results of this conclusion have been catastrophic.

This is literally a matter of life and death for a lot of people.

But if you’re going to disagree with me, do so having examined the arguments and weighed the evidence.

There are people whose convictions do not allow them to fully affirm he LGBTQ community the way I do. But because they’ve taken time to understand the other side, their disagreement is mediated far more compassionately and sympathetically than that of those who have not put in the work.

And so in today’s post I’m going to highlight some of the resources on this journey that have been especially helpful to me. I don’t have the space to do justice to these authors and thinkers. But each one of them deserves your time and attention.

There are three categories of resources listed below. First I’ll talk about some books that I think are essential. Then I will link to some online articles and blog posts that I find helpful. And lastly I’ll direct you to some Twitter accounts that, if you use the platform, are worth following.

Books You Should Read

Justin Lee is the founder of the Gay Christian Network, an organization that seeks to help the Church become a better advocate for the LGBTQ community, but does so knowing that not all Christians are going to agree on how best to do that.

And so GCN includes voices from what Justin calls “Side A”, Christians like me who fully affirm the LGBTQ community in all parts of the life of the church, including marriage, baptism, communion, and leadership roles. But GCN also includes contributions from “Side B” Christians, those who believe the calling of LGBTQ Christians is a life of celibacy (and usually, in the case of transgender Christians, maintaining the gender expression that matches their birth-sex).

Both sides want to see the LGBTQ community included  in the Church, but they disagree over how that should look. I have been arguing for a “Side A” stance in my posts. But I believe “Side B” is the absolute minimum Christians are called to when it comes to the acceptance and inclusion of LGBTQ persons. I don’t think it goes far enough, but it goes farther than most Christians have historically been willing to go.

All that said, Torn is Justin’s story. And more than just rehearsing many of the arguments that made up some of my previous posts, it offers insight into the life and mind of a gay Christian who loves God and is trying to do what all Christians (ostensibly) try to do, follow Jesus.

If you’re going to read more on this topic, I’d start here.

God and the Gay Christian by Matthew Vines

Matthew is a gay Christian with an incredible story, one I don’t want to spoil for you here. And his book has made serious waves in the Church since its release nearly three years ago.

I actually think there are stronger arguments for LGBTQ affirmation in the church than some of the ones Vines presents, largely because Vines goes out of his way to appeal to especially conservative Christians in his arguments, something I don’t think he needs to do.

Nevertheless, God and the Gay Christian offers one of the most accessible and well-reasoned introductions to this topic available today.

Matthew is also the founder of the Reformation Project, a Bible-based, Christian direct action organization that works to promote inclusion of LGBT people by reforming church teaching on sexual orientation and gender identity.

Changing Our Mind by David Gushee

David Gushee is a well-known evangelical scholar and ethicist who made waves in 2015 when be publicly came out in support of LGBTQ Christians. He has since been a sought after speaking and advocate for the Christian LGBTQ community.

His book, Changing our Mind isn’t as immediately accessible as that of Vines (though it’s hardly dense). But in my opinion it takes the conversation a bit deeper. And while I think it is absolutely essential that people hear (and even prioritize) arguments from actual LGBTQ Christians (such as Vines and Lee), many conservative Christians mistrust LGBTQ voices because of a presumption of bias. So it is important for straight advocates like Gushee to lend their voices to the conversation as well.

Colby Martin’s recently released UnClobber might be my favorite resource for those who want to keep their focus on the (very few) passages of scripture that many Christians claim prohibit the full affirmation and inclusion of the LGBTQ community.

Like me, Colby is straight pastor who was forced to leave a previous ministry position because of his public support for LGBTQ persons. And so his personal story really resonates with my experience.

More importantly, however, Colby addresses what is often the most common hang up traditionally-minded Christians have (namely the so-called “clobber passages”) with deft and clarity.

Encouragingly, since leaving his old church, he has gone on to plant an LGBTQ affirming faith community in San Diego.

Parents coming from conservative or traditional Christian backgrounds often feel lost and powerless when they have a child who comes out as LGBTQ. And so books like Susan Cottrell’s Mom, I’m Gay exist to address what is often an area where churches fall short.

While the book is obviously targeted at the parents of LGBTQ children, anyone would benefit from reading Susan’s insights and better understanding the dynamics of having family members who self identify as LGBTQ.

Two Views on Homosexuality, the Bible, and the Church, Edited by Preston Sprinkle

If you’re looking for a one-stop resource, you could do worse than this one. Though I would still encourage you to supplement it with one of the more testimonial works (such as Lee’s Torn) and one of the more academic books I list below.

The above books are some of the best introductions to this topic that I’ve come across. But they are far from the only resources out there. If you want to dig even deeper, consider some of the following options.

One of the best resources there is, Brownson’s book is arguably the gold standard for more academic works that promote the full affirmation of the LGBTQ community in the Church.

The New Asceticism by Sarah Coakley

Though it addresses more than just the debate over LGBTQ inclusion, this book offers an excellent treatment of the subject from one of the brightest and most compelling theologians writing today (on any subject).

Covenant and Calling by Robert Song

Quite possibly my favorite resource on this topic, Song puts forth a nuanced and compelling argument that should appeal to conservatives and progressives alike.

These books certainly don’t tell the entire story, nor are they the only options out there. If you can’t get enough of this subject, then I encourage you to look up the work of Ken Wilson, William Loader, Tim Otto, and a host of names I’m probably forgetting and/or overlooking.

There are a lot of great podcasts on this topic out there for those of you who would rather listen than read. And this podcast by the Liturgists is pretty excellent. It’s not short. So expect a long listen (or a handful of shorter ones). But it’s a great entry point into this crucial discussion.

This site is one of the best one-stop resources that I’ve found. Chapman gets about as deep as anyone I’ve seen, but remains accessible and practical throughout. He’s got a handful of articles on his site and they are all worth reading in full.

Conservative pastor and theologian Kevin DeYoung (in)famously challenged affirming Christians with 40 questions about their stance soon after the US Supreme Court moved to legalize same-sex marriage on a national level.

Quite a few responses were penned (including one by Nigel Chapman on his site linked to above). But I really appreciated Irwin’s for its accessibility and breadth of interaction with various resources on the subject.

The Work of Daniel Kirk (start here, here, and here)

Daniel Kirk is a brilliant New Testament scholar who was recently denied tenure at Fuller Theological Seminary (where I am currently a student) because of his public affirmation of the LGBTQ community.

The Work of Julie Rodgers (start here, here, and here)

Julie is an inspiring LGBTQ Christian who was once employed by Wheaton College to help minister to sexual-minorities on their campus.

Through her experiences she shifted from a “Side B” stance (insisting on celibacy for the LGBTQ community) to a Side A position (arguing for full affirmation of LGBTQ persons in the Church).

She continues to be an accessible and irenic resource for people on both sides of this debate.

The Work of Morgan Guyton

Guyton is a passionate blogger who pulls no punches. But he’s also worked hard to cultivate relationships with those who disagree with him and that empathy comes out in his writing. His blog has a treasure trove of posts on this topic that are worth exploring.

This article by Benjamin Corey offers a great summary as to why many Christians are coming to think the way I do on this subject.

A Hard, but Simple Truth for Non-Affirming Christians

This is a fairly hard-hitting article by blogger Zack Hunt, but one that I believe paints a powerful pictures about the state of things in our country regarding LGBTQ acceptance in the Church.

Even as I write this I am remembering numerous articles, blogs, and resources that I am leaving out. The number of powerful voices speaking up on this topic is overwhelming (in a good way). But I trust the sampling here offers a solid start for anyone looking to learn more but without the time or resources to invest in books.

Don’t think list is exhaustive. There are countless more Christian LGBTQ voices on Twitter (and the internet more generally). These are just a few of the names whose work has most influenced me.

As mentioned multiple times in this already-massive post, these resources are hardly exhaustive. There is a lot more out there.

But I hope this is helpful for those of you who want to read, study, and listen more. Even if you don’t ultimately come to agree with me, I applaud you for taking this issue, and more importantly the real people behind it, quite seriously.

But we aren’t quite done with this topic. Next week I will highlight a few special names who were only given passing mention on this list, and also hear from a few LGBTQ Christians in their own words. Stay tuned!

Until then, grace and peace to you.

3 thoughts on “Hashtag Follow Friday (on Saturday): Don’t Take My Word For It”